What is an Astro Pi computer?

An Astro Pi computer is a Raspberry Pi computer equipped with sensors and housed in a special case. Raspberry Pi is a very affordable credit-card-sized bare-bones computer, great for use in education.

The Astro Pi MK II computers are upgraded versions of the Astro Pi “Izzy” and Astro Pi “Ed” computers that were sent to the ISS during Tim Peake’s Principia mission in 2015.

These computers feature the latest model of the Raspberry Pi computer, an upgraded camera, and an augmented sensor board. This equipment will enable participants to do a wide range of experiments, some of which were not previously possible, such as experiments using elements of artificial intelligence (advanced machine learning) and higher-resolution photography than ever before.

The Astro Pi IR computer allows teams investigating life on Earth to do near-infrared Earth observation photography and comes with a red optical filter to enable measurements of plant health to be made.

The new Astro Pi computers contain a range of sensors that will allow Mission Space Lab teams investigating life on Earth and life in space to do a wider range of experiments than ever before.

Learn about the sensors 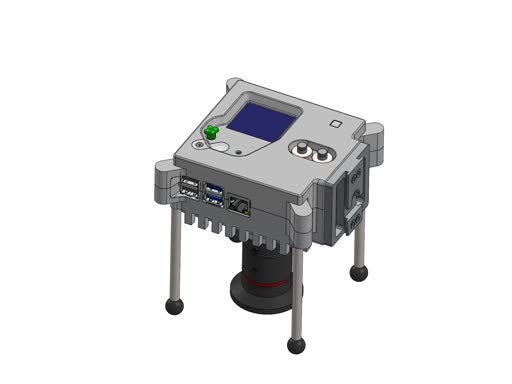 Get the latest updates on Astro Pi direct to your inbox with our newsletter.